Home » How Long Will a Baked Pie Crust Keep?

In baking, a pie crust refers to the outer, hard covering/shell of a pie. It generally consists of shortening/ fat of your choice, salt, flour, and water. While these are the main ingredients, you are also open to include any other stuff such as sugar and milk, depending on the texture and taste you intend to get. Other contributing factors you might want to consider include; your mixing method and the ratios of your ingredients.

Also, depending on your preferences, you can either bake a one-crust pie or a two-pie crust. The only difference between the two is that the two-pie crust has a top and a bottom, whereas a one-crust pie consists of only the bottom shell. Let’s find out how long will a baked pie crust keep.

Where did Pie Crust Originate From?

The history of pie crusts goes way back 5th Century BC when the Ancient Greeks invented pie pastry. They began as a basic mixture of water, flour, and meat and were not even edible by then. The concept was later developed by the Romans, who came with different pie crust recipes. And in the 1st Century, they became the first people to record the recipes in a cookbook called Apicus and spread them across Europe.

Pie crusts became edible in the 16th Century and have since continued to develop to become what they are now.

All foods go bad with time if they are not well preserved. Pie crusts, in particular, may contain ingredients such as eggs, milk, and fruits, etc., which are highly perishable and can mess up your dessert pretty fast. But their shelf life can improve depending on your storage practices.

How Long Will a Baked Pie Crust Keep?

The shelf life of a Baked Pie Crust at Room Temperature

A pie crust should not be allowed to sit at room temperature for more than 4 hours, most especially if it contains eggs, dairy products such as milk, or any other ingredients that are highly perishable. Failure to that, it will start going bad.

If it does not contain any perishables, which is highly unlikely, your pie crust can last slightly longer, but that will depend on the specific ingredients.

Shelf Life of a Baked Pie Crust (In the Fridge)

Instead of letting it go back at room temperature, you can store your pie crust in a fridge to extend its shelf life. A refrigerated pie crust can last for at least 1-6 weeks, depending on the ingredients.

Shelf Life of a Baked Pie Crust (In the Freezer)

If you intend to keep your pie crust for more than six weeks, then put it in the freezer. That will extend the shelf life to a minimum of 2-8 months depending on the ingredients.

To maintain the quality of your pie crust, first, let cool for at least half an hour, then wrap it with an airtight plastic bag before putting it in the freezer. It’s even better if you can double bag your pie crust. Wrapping prevents your pie crust from becoming soggy and getting freezer burns, the two things that can mess your pie.

There are three types of pie crusts. These are

Does the Pan Matter when Baking Your Pie Crust?

Yes. Ideally, you will need to use a pie pan to prepare your pie crust. But you can also use a tart pan for the same. In any case, your pan should have a removable bottom.

Stoneware is another good option you can use to prepare your pie crust. The best part about this pan is that it brings out a crunchy crust that keeps it dry even after cooling.

Which is the Best Type of Pastry Dough to Prepare Your Pie Crust?

When it comes to pastry dough, there are several options available in the market. Examples include choux pastry, flaky pastry, Shortcrust pastry, and Danish pastry, among others.

Your ideal pastry dough will vary depending on your intended outcome.

Signs to indicate that Your Baked Pie Crust Has Gone Bad

Pie crusts are not only a delicacy but also, they provide a healthy dose of essential nutrients. Now that you know how long will a baked pie crust keep, it is important that you adopt proper storage mechanisms. No matter the type of pie crust you make, ensure that you are cautious in the handling. The trick here is to ensure that it is tightly sealed and kept under the appropriate temperature.

How Long Does It Take for a Pizza Dough to Rise?
How Long Can Salami Sit Out? What Safety Precautions Are Taken 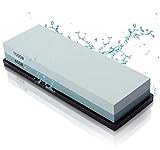 Sharp: The Definitive Introduction to Knives,... $9.99