How long does uncured bacon last? Let's find out in this post.

What is Uncured Bacon?

But first, let's talk about what uncured bacon is. By definition, bacon is cured. If it is not cured, then it is not bacon. It makes the term "uncured bacon" a little confusing. This could mean an uncured pork belly, which is a pork belly that has not been cured in anyway yet.

There is also a type of bacon commonly known as "uncured bacon," which is actually just cured pork belly. This one uses natural nitrates found in celery juice to cure the meat instead of salt and chemical nitrates. Although the labeling says "uncured," this is still cured bacon.

Manufacturers also make uncured bacon using additional flavorings to make it taste great. Take note that it is not required from manufacturers to indicate if their bacon is uncured or not. That said, uncured bacon may also contain natural nitrites aside from those in celery.

As you should know by now, uncured bacon is cured meat. It, therefore, lasts a bit longer than actual uncured meats. But when it comes to shelf life, you should definitely consult the dates on their packaging to be sure.

That said, the answer to the question, "how long does uncured bacon last?" depends on two things – the type of bacon and the storage location. With bacon, bits generally last longer than bacon strips.

Shelf Life of Uncured Bacon in the Fridge or Freezer

Cured bacon has a longer shelf life than uncured bacon. This is because a cured bacon has chemical additives that keep the meat fresh for much longer. Uncured meat doesn't have these chemicals, which is why they only last around a week in the fridge.

Meanwhile, cured bacon can last for a few months. If it's unopened, uncured bacon will only last one or two days in the refrigerator. But its shelf life extends to around six to eight months if stored in the freezer. This applies to both uncooked and cooked uncured bacon.

Can Uncured Bacon Go Bad in the Fridge?

How Are Cured and Uncured Bacon Similar to Each Other?

Several things make cured and uncured bacon similar. First, they are both made from pork belly. Both kinds of bacon are also soaked in brine to prevent botulism. You can also interchange them when cooking. They also have about the same calories.

How to Tell if Uncured Bacon is Bad, Spoiled, or Rotten?

When it comes to telling if uncured bacon is rotten, your senses are your most reliable instrument. You can tell if it has become spoiled when you see some common traits like a sour smell and dull, slimy flesh. The color of the meat will also change from red to grey-brown.

How to Extend the Life of Uncured Bacon

Whether it's uncured or cured bacon, you can keep it fresh for a bit longer through proper storage. It is essential to store it in your refrigerator right after use. When you are done preparing, make sure to keep it in a tightly closed container. This way, you can prevent moisture and contaminants from getting inside. You can also store it in a freezer-safe container then freeze for a long-term option.

How long does uncured bacon last? It doesn't last as long as cured bacon, but it has a shelf life of weeks to months, depending on storage. That said, you probably will not be storing meats that long in your fridge. The best thing you can do to avoid spoilage is to keep it properly stored or cook the bacon. People will definitely eat cooked bacon before they spoil.

How Long Do Peppercorns Last?
How Long Does Vacuum Sealed Chicken Last in the Fridge? 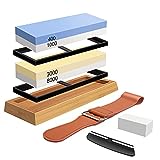