Home » The Difference between Marinara and Spaghetti Sauce Explained

The Difference between Marinara and Spaghetti Sauce Explained

The differences between marinara and spaghetti sauce include the following. Remember that the differences apply to homemade, jarred, and canned sauces.

Marinara sauce has less meat and the individual flavors stand out from it compared to the happy blend of flavors found in spaghetti sauce. Therefore, if you want strong flavors in your dish then use spaghetti sauce.

Marinara sauce adds accent to your dish rather than flavorful strength. Additionally, spaghetti sauce goes well with plain pasta because it's made for plain pastas. If you're using seafood with your pasta instead, marinara or "mariner" sauce enhances the flavors of the sea.

Spaghetti sauce offers more thickness. Marinara has a thinner texture but not necessarily a watery soup. Spaghetti simply offers thicker sauce while marinara sauce has comparably thinner sauce. If you wish for your dish to be filling and hearty, go for the meaty spaghetti sauce of the Bolognese variety.

Marinara sauce can be made thicker but by nature it is thinner. A lighter meal with a thin sauce more than likely should use marinara sauce to enhance the flavors of the meats without drowning it in saucy texture.

Both sauces use similar ingredients, hence why people use them interchangeably. The key ingredient difference? The spaghetti sauce requires more meat to get that thickness. If you have all the tomato sauce ingredients save for the meat, make marinara sauce instead.

True Bolognese spaghetti sauce requires cooked meat. It also requires longer simmering in order to get the desired consistency. Additionally, it needs more ingredients compared to its marinara counterpart, thus it takes longer for it to be made.

If you're concerned about prep time go for marinara sauce. If time isn't of the essence, buy or make some cooked meat to add to your spaghetti sauce to make it nice, thick, and meaty.

What is Marinara Sauce?

The Italian chef known as Antonio Latini invented marinara sauce in the 16th Century. His two-volume book published the recipe back in 1692 to 1694. Marinara contains onions, herbs, garlic, and tomatoes. In some Italian places, regions or cities, the cooks there mix a little bit of wine into marinara sauce.

It also sometimes contains spices, olives, and capers for good measure. When mixed with fish or meat, you can use marinara sauce for either spaghetti or vermicelli. Spaghetti marinara known to South Africa, Spain, New Zealand, and Australia should not be confused with marinara sauce.

The variation mixes the sauce with seafood, which in Italy turns it into a different dish altogether known as Alla Pescatore.

U.S. Version of the Marinara Sauce

In the United States, they categorize marinara sauce as a vegetarian-style or vegan-style dish. They mix it with olive oil (vegan) or parmesan cheese (vegetarian). American-style marinara lacks any seafood or meat in it, but it's much thicker than the original Italian-style marinara.

The original form of marinara doesn't contain any vegetables, cheese, seafood, or meat. Just the thin sauce that could then graduate to spaghetti Bolognese sauce with the addition of ground beef. In other words, you can turn marinara sauce into spaghetti sauce but not vice-versa.

What is Spaghetti Sauce?

Ostensibly, spaghetti sauce is sauce you put on the spaghetti. Now let's define what spaghetti is. Categorized as a type of pasta with long, thin, solid, and cylindrical noodles, spaghetti uses marinara sauce with meat in it to blend the flavors together into a cohesive unit.

Technically, any sauce added to spaghetti pasta can be considered spaghetti sauce, including marinara sauce with no meat added to it. You can also use Bolognese sauce, arabbiata sauce, pesto sauce, and Alfredo sauce to your spaghetti and it would still technically end up as spaghetti regardless.

Most people think of the thick sauce made of red tomatoes and ground beef (cheese being optional) as spaghetti sauce though. Why is this so? Read the explanation below.

The Truest Form of Spaghetti Sauce

Even though spaghetti pasta could be eaten with a variety of sauce bases—cream-based, tomato-based, olive-oil-based, and so forth—people envision the trust form of spaghetti sauce as savory, flavorful, thick, and full of meat.

At least most U.S. Americans (as opposed to Latin Americans, North Americans, or South Americans) think of the thick red-tomato-based sauce mixed with ground meat and cheese when you ask them what spaghetti sauce should look like.

According to culinary slang, "spaghetti sauce" refers to any tomato-based sauce in the United States as well as other parts of Italy. This is why most people confuse marinara sauce with spaghetti sauce and don't consider carbonara as true spaghetti.

What Is Marinara Sauce Made of?

Marinara sauce contains onions, tomatoes, herbs, and garlic. Like other sauces, it comes with variations. You can go to certain regions where they instead use sour ingredients like capers, wine, or olives to make a tangy marinara sauce.

Genuine Italian-style marinara offers a thinner sauce. Americanized marinara sauce look more like spaghetti sauce due to its thickness and boldness (but it still lacks the meaty key ingredient that turns it into a spaghetti sauce).

What Is Marinara Sauce Used For?

When adding different ingredients to marinara sauce yet maintaining its originality, you should don't add cheese, meat, or anchovies. This betrays the vegan nature of the sauce. When you add such ingredients, you'll end up with spaghetti or Bolognese sauce instead.

Is There Such a Thing as Spaghetti Sauce?

Some people claim "spaghetti sauce" doesn't exist. Or at least the concept covers multiple variants. You can serve pasta with a huge range of sauces such as marinara, Bolognese, or Alfredo sauce as well as a drizzle of olive oil.

They think the dish of spaghetti and meatballs isn't Italian any longer, since versions of it exist in America and the rest of the world. Aside from that, several others say that Italians prefer eating Spaghetti Carbonara over the traditional tomato-based meat sauce.

Many such assumptions end up inaccurate or even made up. You cannot discard the origins of spaghetti sauce if you wish to enjoy genuine spaghetti or even its variants.

Should You Use Spaghetti Sauce or Marinara Sauce for Your Pasta?

Spaghetti sauce refers to tomato-based sauce with a savory taste and thick texture. It should also have the key ingredient of chunky meat in the sauce itself. As such, don't discard this label. For the purposes of this article, we refer to Bolognese sauce as spaghetti sauce to differentiate it from marinara sauce.

In America, it also gets names such as pasta dressing, pasta condiment, or pasta gravy. At any rate, the presence of meat separates marinara sauce from spaghetti sauce or American Bolognese sauce. Marinara spaghetti ensures you of vegan spaghetti due to the lack of meat and dairy products.

What If You Serve Marinara Sauce on Pasta with Ground Beef?

With that said, if you start serving marinara sauce on your pasta then add ground beef or other meats, you'll end up with spaghetti still but a spaghetti different from American Bolognese. You won't suddenly turn the marinara sauce into spaghetti sauce with the addition of meat.

To be more specific, this method of spaghetti preparation gives you a different flavor profile compared to traditional spaghetti sauce.

What If You Add Ground Beef to Marinara Sauce Itself?

With the addition of meat you'll need to adjust the cooking time. You should also simmer the ingredients much longer in order for better flavor binding. Marinara ingredients stand out individually while meaty spaghetti sauce blends everything together.

Italian-American cuisine heavily features marinara sauce. This version differs from Italian marinara sauce with tomatoes but it draws inspiration from it as it garnishes seafood. The name "marinara" comes from "mariners", describing how fishermen often utilize the sauce on fish.

Spaghetti sauce of the American Bolognese variety shares similarities to marinara sauce. However, both also differ in terms of prep time, texture, and flavor. You can use either for your pasta delight but it pays to know the difference and what to expect from these sauces. 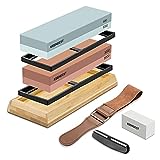